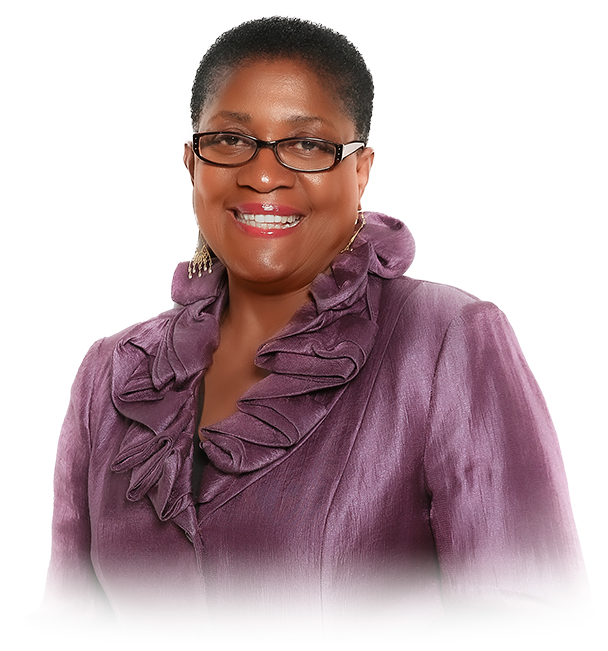 Mayor Hazelle P. Rogers was born in Kingston, Jamaica, the oldest of three children; she migrated to the U.S. in 1969 to join her mother in New York and subsequently relocated to Florida in 1982.

Having spent over 32 years of her life in public service, she was engaged in her community of Lauderdale Lakes as secretary of the East gate Homeowners Association and worked with People Insurance and Hispanic Unity in assisting residents in completing their citizenship applications. She was a strong advocate for the Regional Park in District 9, located in the city of Lauderhill. She began her political career in 1996 when she was elected to office in Lauderdale Lakes, where she served for 12 years, making her the first person from the English-speaking Caribbean-American community elected to office in the southeastern United States. She was the only woman on her 7-member commission. She was appointed as President of the Broward League of Cities in 2004, representing the 31 municipalities in Broward County.

Mayor Rogers, then commissioner, was first elected to the Florida House of Representatives in 2008, making her the first Jamaican and second person from the English-speaking Caribbean to be elected to the House; she was re-elected subsequently. In 2009, she initiated the Caribbean Heritage Day Celebrations at the Florida Capitol, honoring Caribbean-Americans’ many contributions to the fabric of our nation.

In 2010, she was appointed by former Governor Charlie Crist as a member of the Sunshine Census Statewide Complete Count Committee and in 2011 she served as a member of the House Redistricting Committee. She first served as a Democratic Deputy Whip from 2010 to 2016. In 2016, the voters in Lauderdale Lakes elevated her with a 66 percent vote to the office of Mayor. In 2020, she ran unopposed for another 4-year term.

Since her service as Mayor, her focus has been on economic development, community redevelopment, and teen enrichment activities. She received the 2017 Broward County AFL-CIO Lifelong Public Service Award, National Council of Negro Women’s Dr. Mary McLeod Bethune Legacy Award, National League of Cities NBC-LEO Recognition for Commitment; 2019, AFJ Lignum Vitae Vanguard Award, and was recognized for her service by Cricket Council USA & US Open Cricket. More recently in August 2020, the government of Jamaica granted Mayor Rogers the Jamaican National Honors & Awards title, Order of Distinction in the rank of Commander for her impactful community service. In August 2021, the Florida League of Cities presented the John Land Years of Service award to Madam Mayor for her unselfish leadership and public service.

The year 2021 marked 25 years in political service for Mayor Rogers and she was recognized with various proclamations and accolades by numerous persons and entities including the “We Care” City of Lauderdale Lakes, City of Lauderhill, City of Tamarac, then Broward County Mayor Geller, State Representative Anika Omphroy, U.S. Congresswoman Yvette Clarke and many more.

Mayor Hazelle Rogers loves dancing and community service and is committed to supporting the United Negro College Fund by helping young people through a Family and Friend Scholarship established in her honor at Florida Memorial University. She is a Real Estate Industry Professional and holds a Bachelor of Science Degree in Business from the University of Phoenix. She has been married to Clifton Rogers since 1974 and credits family as her anchor.